Hanover, September 2016. A technical revolution, now also available for commercial vehicles: Continental is for the first time unveiling components and tires for trucks and buses made from natural rubber derived from dandelion roots. At the forthcoming International Motor Show Commercial Vehicles, the technology company will be showcasing for the first time truck tires made from this innovative and sustainable dandelion rubber: Conti EcoPlus HD3, which were manufactured in summer 2016. On show will be also the prototype for an engine mount that links the powertrain with the chassis. This insulates the structure-borne noise from the engine, thereby enhancing ride quality and driver safety. Another sampled product will be the first example of an intermediate propeller shaft bearing made from the new material, named Taraxagum. This stabilizes and minimizes the transmission of vibrations to the chassis.

Sustainable and effective: the ContiTech commercial vehicle engine mount made from dandelion rubber.

As an agricultural crop, dandelions have the potential to become an alternative, environmentally friendly raw material source, thereby helping to reduce our dependency on traditionally produced natural rubber. But that's not all: The plants can be cultivated in Northern and Western Europe, which makes transportation routes to the European production sites much shorter and contributes to the sustainable use of existing resources.

Continental has already recognized this potential, and as early as 2014 launched the first premium winter tire featuring a tread made from pure dandelion rubber. In the same year, plans began for the production of the first commercial vehicle tire which needs significantly more natural rubber (20 kg to 25 kg) than a passenger tire (1 kg to 3 kg). At the end of 2015 ContiTech tested the new raw material for anti-vibration technology as well. "The properties that we demand of natural rubber are different from those that our Tire colleagues expect," explains Dr. Anna Misiun, who leads the activities involving dandelion rubber at ContiTech. "For example, our products have to withstand extremely high dynamic loads at high temperatures."

The tests on the truck tires and vibration elements made from Taraxagum are extremely promising, demonstrating that the alternative to traditionally sourced natural rubber is ideal for the commercial vehicle sector and fulfills the strictest requirements in the challenging field of freight haulage. The new dandelion rubber Taraxagum should enter production  within the next five to ten years and then flow step-by-step into our rubber products.

This Conti EcoPlus HD3 is the first truck tire made from dandelion rubber and delivers the same performance as a tire made from natural rubber obtained from conventional sources.

The industrialization of the dandelion rubber Taraxagum is a joint research project of Continental with the Fraunhofer Institute for Molecular Biology and Applied Ecology IME, the Federal Research Center for Cultivated Plants, Julius Kuehn-Institute, and the plant breeder ESKUSA. 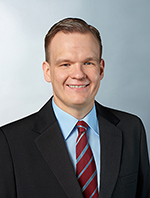 Almost every third car in Europe is delivered
with tires from Continental.

912 tests from 2009 until end of 2019
739 times we have received the highest recommendation.
Populiarios nuorodos
More from Continental